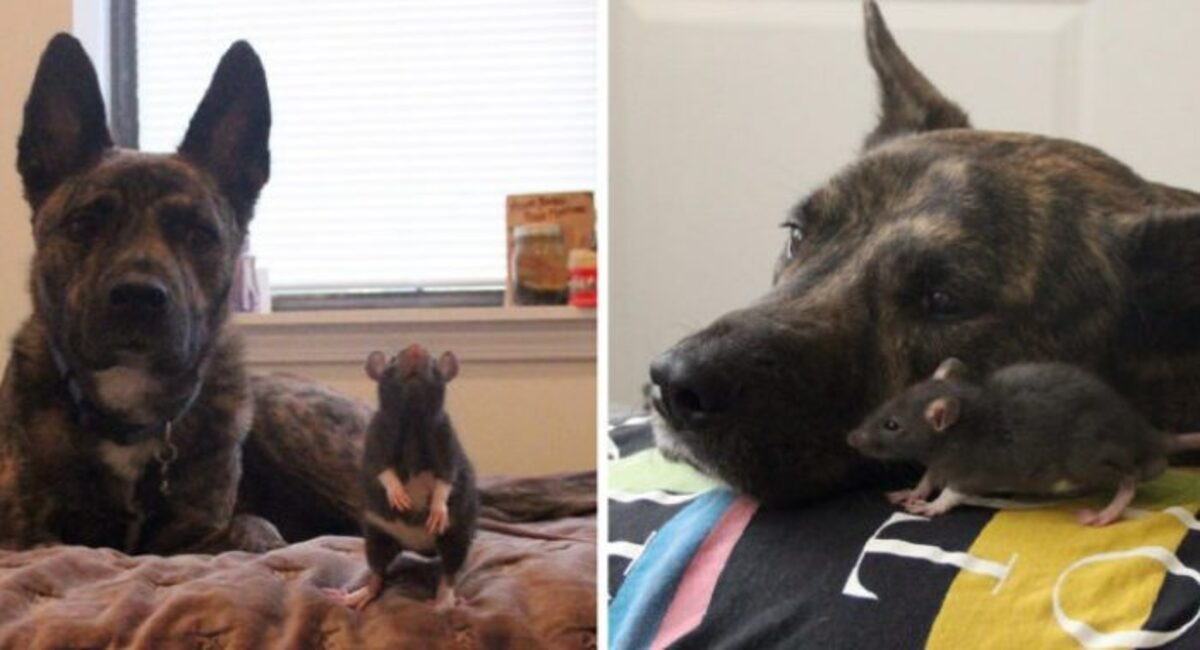 Without a doubt, animals from different species can get along. Even if it occasionally sounds absurd, you cannot command the heart. And our story provides unmistakable evidence of that. 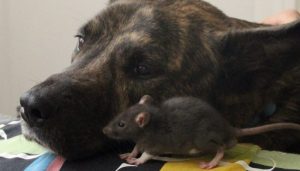 Before meeting Rile the rat, Oasis, a three-year-old shepherd dog who had received the required training to be a rescuer and therapist, would not make friends with anyone. As a little child, Rile came to Oasis. After that, he was regularly attended to and fed with a pipette. 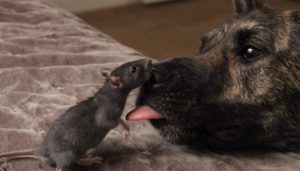 The dog seems to remember his own infancy as he saw how they cared for the infant. Oasis understood that this cat was experiencing the same problem and that he needed love and care to get over his loss. 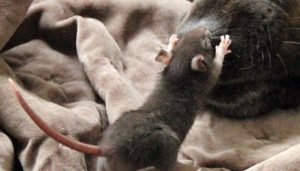 Oasis has frequently helped in the therapy of both people and other animals. Rat used as ornamentation is called rile. It could fit in the mouth of his pal, but it will always be enormous. 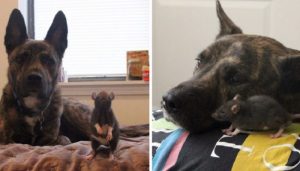 The dog, incidentally, nurtures his little friend in a brilliantly instructive manner. One glance at them is all it takes to see that they have known one other for a very long time.