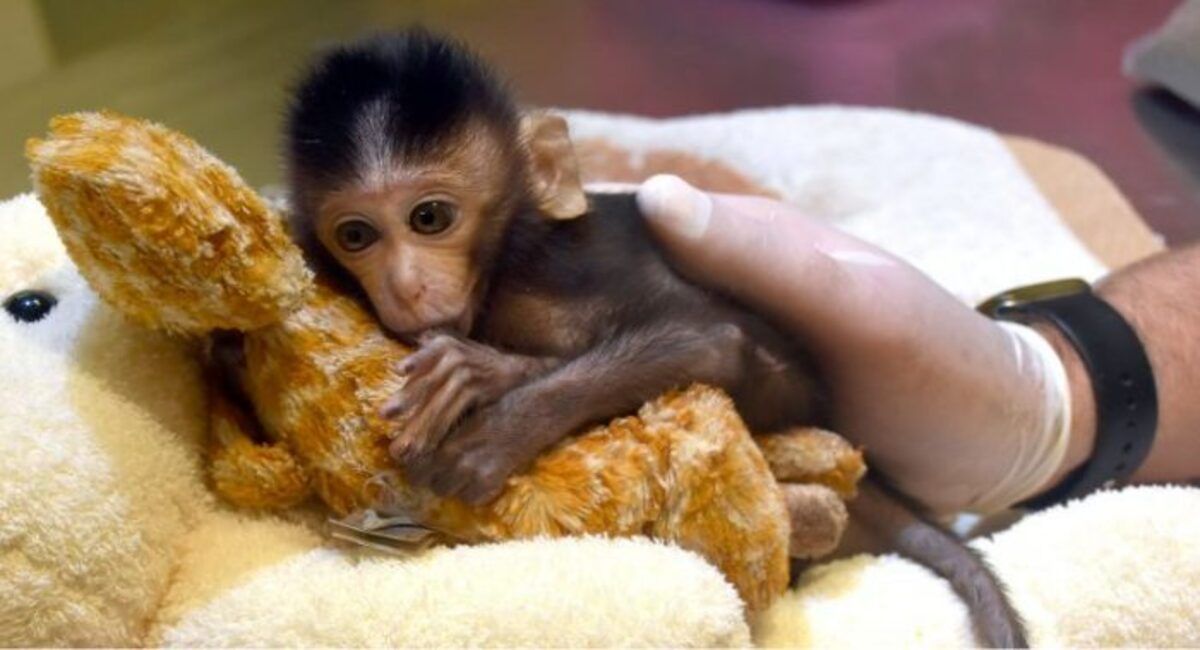 A young macaque was found in the bushes by locals in the Nakhon Sawan area of Thailand, and they brought him to their hamlet to keep as a pet. 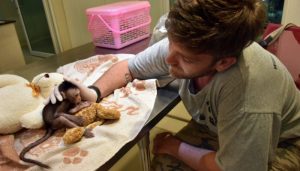 The locals only fed the two-month-old Jaon Khan cub bananas, which left him extremely underweight and stunted his growth. Jaon Khan is a crab-eating macaque. He was also still too little to survive without his mother’s assistance. 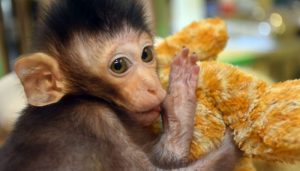 He had little chance of continuing in a village home. The baby was removed from the mob and placed in a foundation shelter thanks to a neighbor who thankfully dialed the sanctuary. 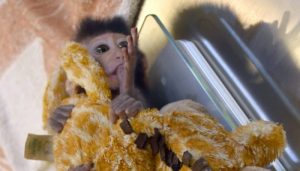 A cuddly plush giraffe was given to the monkey there. Jaon Khan immediately grabbed it and is now clinging to it with her obstinate tiny fists. The doll has acted as a kind of stand-in for his mother in his eyes. 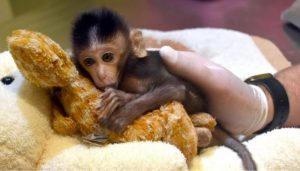 The infant won’t let go of the toy even when napping or eating. He is fed by the shelter employee, not by the toy. ‘Thankfully, he is now in good hands, and we want to socialize him with other monkeys when the quarantine period is through.’