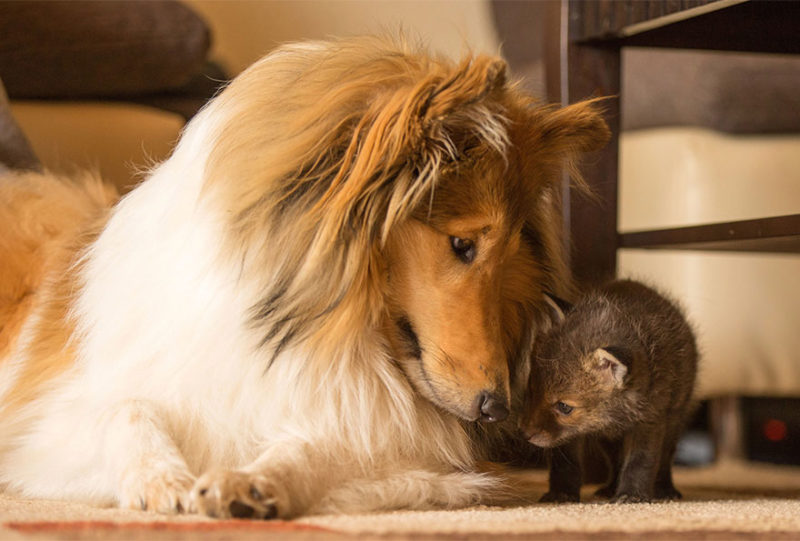 It is critical for newborns, whether human or animal, to receive their mother’s love, care, and protection throughout their first weeks of life. 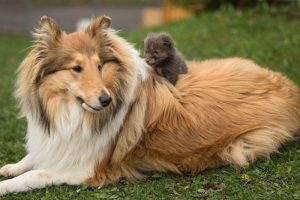 However, when the glorious fate is not so fair to those creatures who have lost their mothers, survival in the outdoors is quite difficult. A fox cub which was orphaned after losing its mother in a vehicle accident experienced such a trauma.

He was roughly 3 weeks old at the time. If it hadn’t been discovered by the rescuers, the poor critter would have died. The poor tiny critter was rushed to the veterinarian’s office. Fortunately, it was unharmed. The young fox cub soon found a safe and loving home. Angelika and Werner from Oberscheld, a kindhearted couple who like animals, adopted this adorable fox baby. Dinozzo was the name given to it. 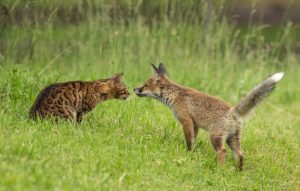 They also had a dog named Ziva, a Bengal cat named Leopold, and two piglets. Dinozzo was warmly greeted and embraced by all members of this great family. But Ziva began to nurture it as if it were her own child, and this maternal care and affection soothed the tiny Dinozzo, allowing it to cope with the loss of its own mother. The lovely cat Leopold, as well as Ziva, fell in love with the fox cub as soon as they saw it. 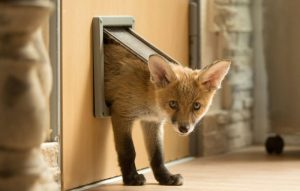 There are numerous cases of species-to-species friendships, but this one is very exceptional. Canine friendliness Ziva is not only Dinozzo’s foster mother, but also its best, inseparable companion, who is constantly close by. They snuggle, play, and sleep together. The fox recently learned how to use the cat door to go in and out.